In Fall 2017, I took HFID 710 – Managing a User Centered Design Team. The class focused on teaching students about integrating Agile business frameworks and traditional UX processes. Students were placed into teams of four, and partway through the semester each team was assigned a client project. 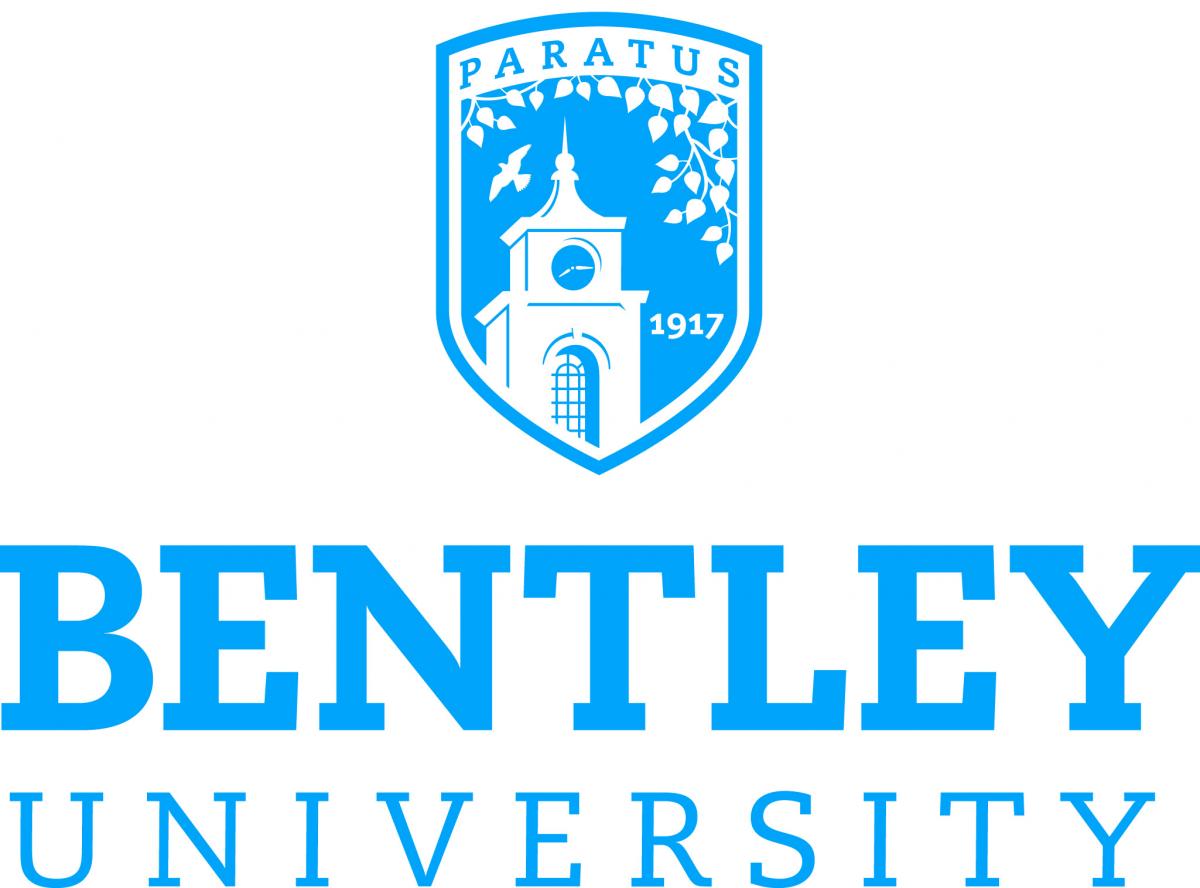 The client is an online video hosting platform and online video player solution for clients around the world. They offer a range of services, including cloud hosting, video marketing, and a live streaming platform. Our team was assigned to the company’s software development kit (SDK), which gives their customers a video player and library framework which they can then customize (visually and structurally) to suit their needs.

Over the course of the semester, our team designed and conducted a usability study and completed a competitive analysis, both of which we presented and delivered to the client. 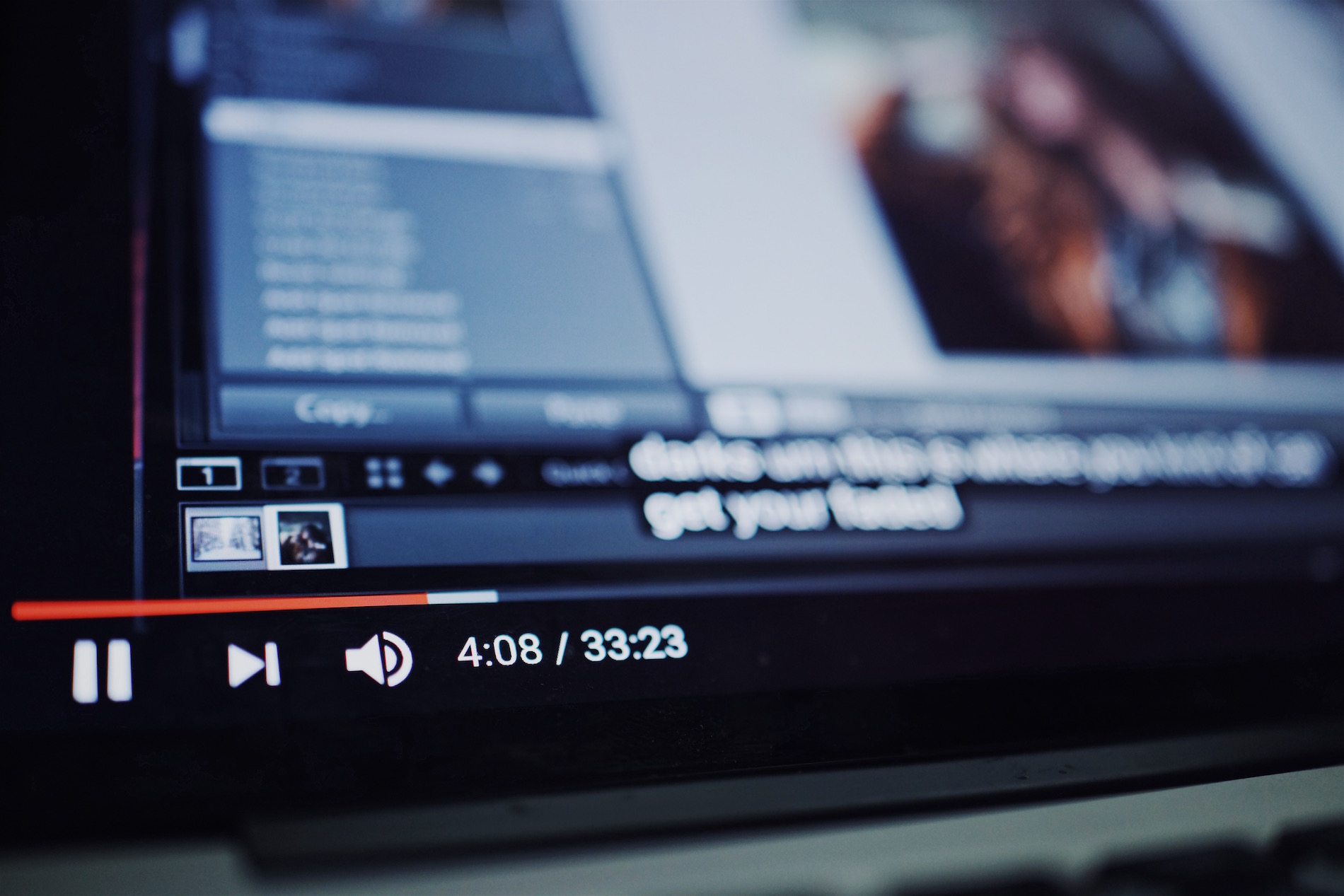 We completed a comprehensive comparison with similar aspects of Netflix’s application interfaces and the client’s download and offline video functions. Netflix was selected by the client as the most applicable competitor, based on prior data and market research.

Comparisons are drawn from the following aspects of the client’s interface: 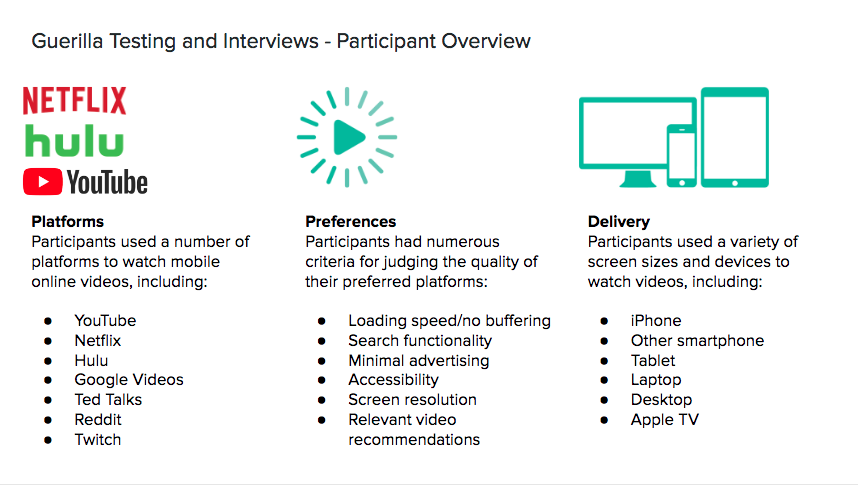 Given that a portion of our study would include a competitive analysis against Netflix, and given the small number of participants we were expected to interview (8-10), we felt that in-person guerilla testing would yield insightful, actionable results.

We discussed participant criteria with the client, and determined that anyone who has prior experience with mobile video watching would qualify. Once participants were selected, we started with a few background questions to understand their prior experience, observed and recorded participants as they performed the tasks, and followed up with brief wrap-up questions. All procedures were approved by the Institutional Review Board (IRB).

Identify the target user population. Based on the user data given to us by the client, and due to the tight time limitations, we chose to guerilla test Bentley University students, between the ages of 19-26, who have experience watching videos on a mobile device.

Location and equipment. Recruit and study were conducted in Bentley’s Student Center. A Mac Laptop was used to record audio only, and those recordings were made available exclusively to research team members.

Provide a task scenario. Users were directed to find, download, and watch a video offline via the client app on an Android device. They were also asked to articulate their thoughts and think aloud as they walked through these steps. If participants became stuck, minimal assistance was given.